Share a memory
Obituary & Services
Tribute Wall
Read more about the life story of Anna and share your memory. 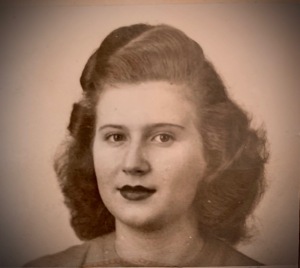 Anna Marie Schleier passed away peacefully in the early evening of January 11, 2023 with her two children, Elizabeth and George, holding her hand.

Anna was born on March 22, 1932 in the town of Dombóvár, Hungary to parents Anna (Weiszheit) and Julius Kish. Her mother died shortly thereafter from complications of childbirth, leaving her father alone to raise newborn Anna and her older sister Irene. Three years later, her father remarried another wonderful woman, Elizabeth Ruppert, who would become Anna's beloved stepmother. Ahead of her time, and aware of the deteriorating economic and political environment throughout Europe, Elizabeth believed that the family's greatest opportunities were in America, so the family developed a plan to immigrate to the United States. Due to complex immigration quotas and economic constraints of the day, the family planned to carefully immigrate in stages: first the parents, then older sister Irene, and lastly Anna. However, by the time it was Anna's turn, the pre-war political environment in Hungary had significantly worsened. Immigration quotas were tightened; borders were unexpectedly closed at the last minute without explanation. World War II erupted. Despite her parents' unrelenting tremendous efforts to bring her to America, Anna was unable to be reunited with her family for nearly a dozen years, remaining behind in Hungary with her maternal grandparents until 1947 following the conclusion of the war. During those years, she lived through first the German, then later the Soviet, occupations of Hungary under unimaginable conditions of both danger and deprivation. She hid in the attic during home invasions by Soviet soldiers, huddled in the basement for protection against nightly bombings, suffered from hunger and extreme cold, and survived rheumatic fever without proper medical intervention. She rarely discussed any of these tragic circumstances, preferring instead to focus on the gratitude she felt for the full life she lived once she arrived in the United States. "I had an unhappy childhood," she said. "But it was more than made up for by the joy of my marriage and two children."

In 1952, she met and married her beloved husband of nearly fifty years, George, and they established residence in Firestone Park. Their two children, Elizabeth and George, followed soon after. Anna was a devoted wife and mother, who enjoyed nothing more than maintaining a comfortable home and caring for her family. She was an extraordinary cook and baker, specializing in Hungarian and German dishes, including family favorites chicken paprikash and dumplings, and flaky pastries filled with poppyseed and walnuts. Due largely to the challenges of her childhood, food was highly valued and never wasted in their home. She and her husband were happiest when the entire family gathered for the delicious meals she prepared, a tradition she continued whenever possible even after her children had grown and moved from the house. In her later years, she taught both children all the old family recipes, but they were somehow never quite as good as when she made them, and never will be.

One bright spot in Anna's dark years in Hungary was being accepted on scholarship to the highly selective private secondary school taught by an order of Ursuline sisters. She had many fond memories of studying at the school, especially creative writing and language, before it was abruptly shut down by the Soviets during their occupation, thereby interrupting her education. That unfortunate experience made her all the more committed to the importance of learning. She completed her secondary education in the United States, and remained a voracious reader of a wide variety of books throughout her entire life. Often she could be seen reading a book while simultaneously stirring a pot on the stove. Once both her children were in grade school, she took various jobs outside the home, selflessly saving her earnings to help fund their educations. She believed fervently in the power of education, and was determined that her children would be the first in the family to graduate from college, a goal she was especially proud to have accomplished. She admired the dignity of hard work, and self-improvement, and often said, "No matter what your job, important or not-so-important, do it the best you possibly can."

In addition to raising her children, Anna was a devoted "hands on" grandmother to her two beloved grandchildren, Kevin and Matthew Six, both sources of great pride for her. She loved actively participating in their care, attending their school performances, and baking classroom treats, just as she had for her own children.

Anna was a faithful and longtime member of St. John Lutheran Church in Firestone Park. Over the years, she worked tirelessly in the church kitchen and at countless fundraisers, most notably as a member of the "cabbage roll crew" with dear friends Mary, Fran, Bob, Joan, and Judy. Together, they lovingly stuffed and wrapped hundreds of cabbage rolls for sale to the community. She loved her extended church family, and was grateful for their consistent support throughout her life.

While Anna treasured her Hungarian and German heritage, and kept the old customs alive in her family, she was tremendously proud to be an American citizen. She never forgot the lack of freedom in Hungary, particularly once the Soviet Communists took control. Up until the end of her life, she insisted on voting in every election, and was highly informed on every candidate and political issue, feeling it was her responsibility as an American. She didn't impose her political beliefs on others, but if you wanted to debate her, you better know your facts.

Anna had a way of attracting people. Wherever she went, you'd find a group seated around her laughing and listening to her stories told in a warm pleasant accent. She was incredibly witty and quick, outspoken and charmingly direct. If there was an elephant in the room, she'd be the first person to point it out, never understanding why people were so reluctant to "just come out and say it, if it can make things better." She was also extremely kind and generous, a good listener with a compassionate heart sensitive to the problems of others.

Over the years, the family enjoyed many summer vacations together to various parts of the country including New England, the upper Great Lakes, and the West Coast. In her later years, Anna preferred spending time maintaining her home in Green, puttering in her garden, and going out locally with friends and family rather than long-distance travel. She did, however, continue to enjoy taking trips to New York City and the Hamptons with family to visit her son. Thanks to the devoted care and assistance from her daughter, Anna was able to live independently and happily in the home she loved until her death.

Anna was a great lady, and a survivor in every sense of the word. She faced overwhelming challenges, yet managed to overcome them to create a life filled with love, meaning and service. There is no way her children can ever adequately express their gratitude for the example she set, the lessons she taught them, and the inspiration she provided. Her absence will be felt every day by all those who knew and loved her.

Anna was preceded in death by her husband George, her parents, stepmother, and sister Irene. She is survived by her daughter Elizabeth (Jim) Six of Akron, and son George of Southampton, New York; and her grandsons Kevin Six of Akron and Matthew Six of Pittsburgh, Pennsylvania. In addition, she leaves behind several very special people in her life including Judith Jurkovic, Michael Perricone, niece Paula Whitacre, nephew David Karam, and many good neighbors and friends too numerous to mention, but sincerely acknowledged in our hearts.

In accordance with her wishes, Anna's life was celebrated in a private Christian service, and burial has taken place. For those interested, memorial gifts can be made to St. John Lutheran Church on 550 E. Wilbeth Road, Akron, Ohio 44301; St. Jude Children's Research Hospital; or any organization that supports the alleviation of hunger, particularly for children.


To send flowers to the family or plant a tree in memory of Anna Marie (Kish) Schleier, please visit our floral store. 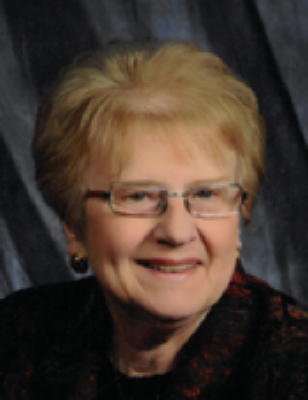 Look inside to read what others
have shared
Family and friends are coming together online to create a special keepsake. Every memory left on the online obituary will be automatically included in the book.

Family and friends are coming together online to create a special keepsake. Every memory left on the online obituary will be automatically included in the book.

You can still show your support by sending flowers directly to the family, or by planting a memorial tree in the memory of Anna Marie (Kish) Schleier
SHARE OBITUARY
© 2023 Anthony Funeral Homes. All Rights Reserved. Funeral Home website by CFS & TA | Terms of Use | Privacy Policy | Accessibility